In August, nearly 1500 scientists from 24 countries gathered in Vancouver at the University of British Columbia for the fifth North American Ornithological Conference.  A central focus of the conference was on migratory birds, specifically on understanding more about their complex, year-round life cycle.  Several symposia focused on recent technological breakthroughs and research methods that are beginning to bridge the gaps in our knowledge of migratory bird ecology. Dozens of speakers revealed newly discovered routes for small migratory birds and renewed concerns for the future of migrants on their tropical wintering grounds.  Two graduate students supported by MDI, Jeff Ritterson and Brett Bailey, contributed to the dialog through posters presented during the week-long conference.  Both students study migratory birds in Central America.  Jeff tracks the habitat use of Golden-winged Warblers in the mountains of Costa Rica while Brett pursues Wood Thrushes in the coffee farms and forests of Honduras.  During four hours of presentations, they spoke about their research one-on-one with conference participants, highlighting their preliminary findings.  Both projects are collecting valuable data that will be used to inform sustainable agricultural practices benefiting both wildlife and local farmers. 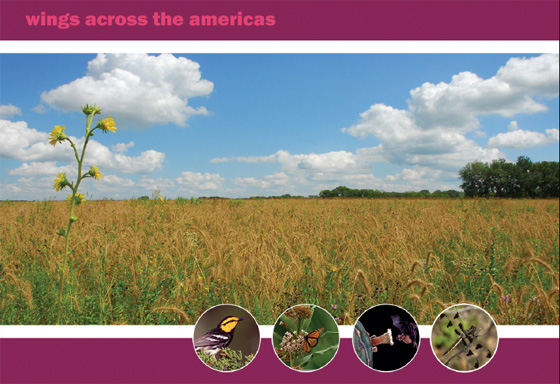