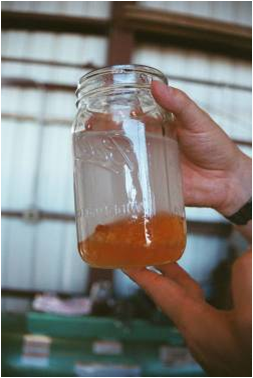 Tropical deforestation has emerged as one of the most important conservation challenges of our time, both because of the high species diversity and rates of endemism of these habitats, and because of the rapid rate at which this process is proceeding. Recent studies indicate that areas of low-intensity agroforestry have similar levels of vertebrate diversity as some primary habitats, leading some researchers and conservationists to conclude that this type of commodity production could contribute to the conservation of biodiversity. 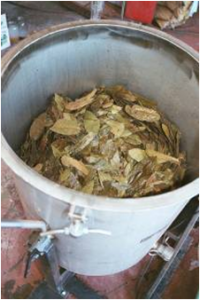 Allspice is currently being cultivated by a cooperative of nearly 100 subsistence farmers (CoopeSiuna) in northern Nicaragua in the buffer zone of the largest remaining stand of tropical rain forest north of the Amazon basin—the BOSAWAS UNESCO Biosphere Reserve. Within the buffer zone, forest clearing for subsistence farming has increased along with extensive livestock operations, commercial logging, and mining. The estimated rate of deforestation in this region is 80,000 ha/year, or about 2.1% of remaining forest cover (Global Environment Facility (GEF) 1997). 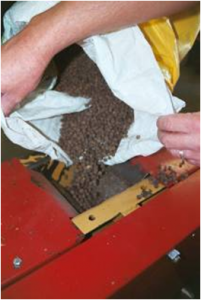 Allspice berries are cracked before distillation

In an effort to develop an alternative to slash and burn agriculture and consequential advance of the agricultural frontier, which threatens the BOSAWAS, a program has been initiated through which indigenous allspice along with banana, cocoa, citrus, and other native shade trees have been introduced as a mixed-productive system on previously deforested parcels. These productive systems are to provide the raw products that will be processed to produce essential oils of allspice, lemongrass, vetiver, and ginger for a growing international market. Through this new agro-industrial activity, it is hoped that the cooperative members can break from the slash and burn cycle of subsistence farming and increase biodiversity within the buffer zone. 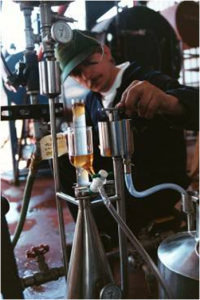 MDI has worked with communities diversifying from coffee production to other high-value added agro-industrial activities, such as the extraction of essential oils in the buffer zone of the BOSAWAS Biosphere Reserve in Nicaragua. Through MDI’s program, 45 hectares of previously deforested private lands have been converted to productive mixed canopy systems for the extraction of essential oils of allspice, lemongrass, and other products for the international market.

The allspice-producing site for this project, near the town of Siuna, is in a region with the highest deforestation rate in Nicaragua. The communities here are primarily involved in subsistence farming. Due to the fragile soil in this region, the crops are typically planted on recently cleared land, contributing to the advance of the agricultural frontier.

Allspice producers in the Siuna region of Nicaragua

The project is also introducing sustainable extraction methods that would leave the forest habitat in the buffer zone intact, and to provide economic incentives for campesinos shift to sustainable methods of agro-forestry, thereby conserving forest ecosystems and associated biodiversity and reducing the threat of encroachment on the BOSAWAS Biosphere Reserve. The reserve is the largest remaining forest in Central America.

The BOSAWAS region is threatened by current patterns of frontier development that are unsustainable, non-economic, and the source of increasing social and environmental problems. The buffer zone of the BOSAWAS, and in particular, the area of the target project, is currently experiencing the highest rate of deforestation in Nicaragua, over 200 hectares per day due in part to an expanding agricultural frontier. The target area is largely deforested, consisting mainly of pasture and cropland with interspersed pockets of forest cover.

This agricultural frontier threatens the BOSAWAS Reserve, one of the most important components of the Mesoamerican Biological Corridor in Nicaragua, an area with habitats recognized for their biological importance, including mid-altitude humid forests and populations of regionally endangered species. Within the target area for the projects many rare and endangered species exist, as well as many uncommon species. The rare and endangered mammals include tapir, giant anteater, ocelot, jaguazundi, and margay. Rare and endangered birds include harpy eagles, king vultures, great green macaw, scarlet macaw, and great caragon.

Within the BOSAWAS Reserve and its buffer zone, allspice (pimenta doica) is an indigenous species for which an international market exists for allspice and two types of essential oil extracted from leaves and berries: essential oil for medicines, cosmetics, flavoring and fragrances. 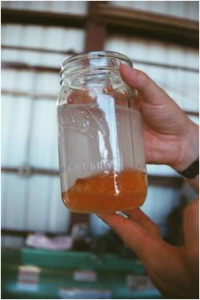 The project has been successful in providing incentives for some 100 families to invest in the establishment of productive mixed allspice systems on their parcels with over 50,000 trees planted to date and over 45 hectares of pasture converted to mixed forest canopy. This represents a long-term investment in agro-forestry and land conservation. The project has attracted the attention of forestry experts, who say they have never seen campesinos planting trees on their own.

The project’s accompanying biodiversity study involving detailed data gathering analysis of diversity and numbers of species (plants, insects, reptiles, amphibians, mammals, and birds) for allspice mixed productive systems as compared to pasture, which it is replacing, and primary and secondary forest. The study documents the environmental benefit to the introduction of mixed productive canopy in this area with a high rate of deforestation due largely to traditional slash and burn subsistence farming.

Assistance in the biodiversity study was provided by the Northeastern Research Station of the USDA Forest Service.

Evaluation of Cultivated Allspice to Biodiversity