The loss of forest and the potential loss of native biodiversity resulting from coffee cultivation and processing is substantial. Certified shade-grown coffee is a preferable alternative to sun coffee in terms of the preservation of tropical rain forest biodiversity, though recent studies have revealed important limitations of shade coffee, particularly “commercial polyculture” which is the only type of shade coffee cultivation widely practiced in Costa Rica. These limitations  include the loss of tropical species that depend on primary forests because many of the important habitat features typical of mature forests, such as lianas, bromeliads and large trees, are under-represented or absent in all but the most rustic coffee plantations. 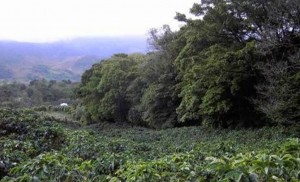 Originally introduced at Montes de Oro Cooperative, Miramar, Costa Rica, a new system has been developed for coffee cultivation that maintains native forest without sacrificing yields. This system is termed “Integrated Open Canopy™ (IOC)” in which coffee is planted with varying amounts of shade, depending on local conditions, but typically too little to qualify for shade coffee certification. Coffee patches are surrounded by an equivalent amount of forest. A typical parcel within the cooperative would be 4-6 ha in size, which would result in units of production consisting of 2-3 ha coffee and 2-3 ha of forest. The important feature of this system, from a standpoint of biodiversity, is that it maintains forest habitat for species that do not use shade coffee plantations. 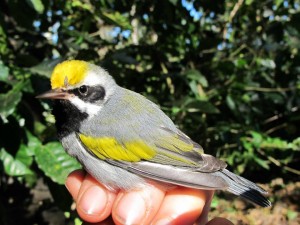 These forest-dependent species that benefit from IOC production include Neotropical migrants such as the Golden-winged Warbler, which is identified by Partners in Flight as perhaps the most threatened Neotropical migrant species not already protected under the U.S. Endangered Species Act (ESA), and the Wood Thrush. 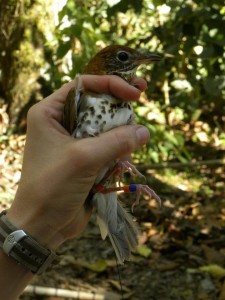 IOC™ coffee production also offers important economic benefits to farmers, including greater yields since more open conditions result in lower levels of disease, and most significantly, the opportunity to trade carbon sequestered on their property.  Revenues from sales of carbon offsets in a four year pilot program have provided between 15% to 25% of the revenues generated 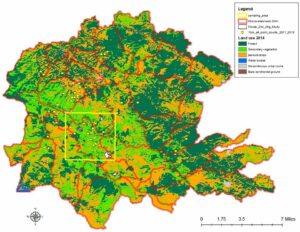 Coffee is one of the most significant agricultural systems in Latin America, where 700,000 coffee farmers manipulate nearly 40% of agricultural lands to generate $10 billion annually.  In a partnership with the US Forest Service Northern Research Station, the Mesoamerican Development Institute, Cooperative Montes de Oro (Costa Rica), Cooperative COMISUYL (Honduras), Birding Coffee S.A. (Honduras) the Department of Natural Resources Conservation at the University of Massachusetts, Tulane University and the National Autonomous University of Honduras, we have studied and surveyed IOC™ production for 15 seasons.

IOC production benefits the environment and the farmer (land owner)

Advantages for the environment:

Advantages/incentives for the coffee farmer: 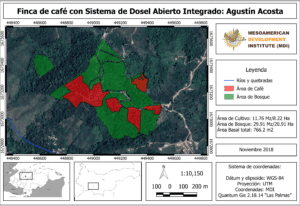 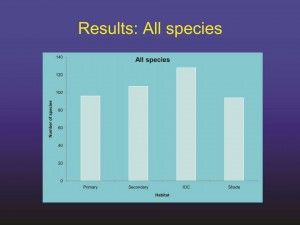 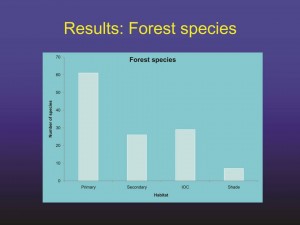 With your support, Café Solar® is providing new solutions to deforestation associated with coffee production and processing